Since 2010, Kreativfilm produces image films for international companies and business groups as well as start-ups and mid-tier businesses. Here, we will show you some examples of your storytelling and how we connect this important element to the medium of film. For our work, you and the unique story of your business are paramount. It’s about combining facts and emotions in a suitable manner. It’s about highlighting your unique selling points. And first and foremost, it’s all about creativity.

You are eager to generate more visibility, more downloads, and more clicks? Using our creativity and inventiveness to the fullest, we will provide you with an image film that surely accomplishes these goals. It is truly this approach, which Kreativfilm represents.

Here I present you some of our production’s current image films. You get to know in which manner we cooperate with actors, design concepts for scenic films, realize animated films and what role storytelling plays.

We realized an image film for Mercedes-Benz in Stuttgart. The Mercedes-AMG GT model occupies the film’s leading role. This thirty-seconds-spot perfectly gets along without any actors or speakers. The focus lies clearly on the audiovisual experience. The monochrome shooting induces the audience’s concentration on the super sports car’s form and design. The classical music underlines the shootings’ dynamics and conveys a feeling of class and elegance.

By this means, storytelling portrays the brand’s characteristic qualities using filmic methods. Close-ups showing the luxury car’s shapely details alternate with aerial views, the latter shot by our drone. Nowadays, we produce all of our image films in 4K-quality. It is a necessity that the image film does not only stand out due to its storyline but also because of its technical high-end quality – especially when it comes to products which represent elegance, luxury, design and, precision. We are in charge of every stop during the production – from the first idea and the examination of potential locations to the casting, the script and of course the shooting as well as the post-production. Concerning the image film at hand, we chose a typical country road in the surroundings of Stuttgart. Mainly, because this environment gives full effect to the car’s beauty and dynamic.

The image film was chiefly conceptualized to be used in social networks.

An Image Film for a Regional Energy Supplier

On the SWK card’s launch, we realized an image film starring the actors Katrin Wolter and Gabriel Rodriguez. Mrs. Wolter is well-known from the RTL-production “Der Lehrer” and starred in series like Verbotene Liebe (ARD) or Tatort (ARD). Mr. Rodriguez is a graduate of the Hamburg-based College for Music and Theatre. He was part of numerous stage-plays, short films and advertisement clips (e.g. Mydays – “Zeit zum Schenken”)

We produced this spot in our greenscreen-studio in Düsseldorf. It was part of a nationwide campaign in the field of cinema advertisement. For example, the spot was on screen in the open-air cinema Krefeld in summer 2017. The municipal utilities embedded this spot advertising the SWK card on their website.

Another of our productions was an image film advertising the shampoo “Rhein” which was shot in a white screen studio in Cologne. The shooting in front of a white background is precisely suitable for a product which stands for purity and cleanliness. Moreover, by using this special tool the different colors of the various fragrances, as well as the model’s gowns, have an astonishing effect. As a performer, we booked the professional model Christina. Since the video was broadcasted in Arab television, we added sound to the footage by engaging an Arab native speaker.

By conceptualizing this image film as a social media spot, we promoted a collection of Diesel watches. The shootings were performed in our own studio. Similarly to our Merced-Benz spot, the image perfectly gets along without any speaker’s text or dialogues. We deliberately placed the watches‘ design at the film’s center. The suspension is solely generated by the different shot sizes, changes of viewpoint, cutting rate and film music. The image film resembles a cinematic scene rather than a standard product video. Everyone who is familiar with the Diesel label knows how much the brand prizes expressive images.

A Thrilling Feature Film as an Advertisement

Commissioned by a company’s health insurance fund, we realized an exciting advertising spot titled “Mission erfüllt” (“Mission Accomplished”) alluding to the popular blockbuster “Mission Impossible” starring Tom Cruise. During conceptualization, we expeditiously concluded that a short film could accomplish our “mission” in this case appropriately. We examined the right location, casted actors and decided to opt for a dramatic film look in order to bring the essential message across by virtue of a thrilling storyline. The solution was only given after the film’s end, letting the audience realize who was the clip’s initiator.

The story’s heroine is ready to do everything for her client: She protects him from the most enormous misfortune and leads him adroitly to the properly filled out form.
The health insurance fund is presented as an entity solving problems. Surely, a short film starring actors is more labor-intensive than a spot without actors. In addition to that, when using actors there is a much bigger need of various persons at the set itself (e.g. make-up artist, costume designer etc.). On the other hand, scenic short films are often more appealing to the audience. In the course of the pre-production process, we manage the concept and screenplay. We ponder about the film’s suspense and the filmic realization of what we have in mind.

During the casting we thoroughly organize the selection of suitable actors: Is the target group able to identify itself with the protagonist? Does the latter represent its role authentically? How should we stage the scenes? Of which quality is the interaction among the actors? For this case, it is of crucial importance that the model presents herself in an authentic and relaxed manner. It is not said, that everyone who is good at posing in front of a camera also can act in front of it. When the actor does not have a speaking role, it is very common to use professional figures.

You want to get more familiar with our image films and would welcome professional advice or creative input? There are so many possibilites – for example, a cinema ad, a TV spot starring actors, a product video for social media or an animated film for YouTube.

The following check-list will provide you with useful guidance giving you a better instinct for your own project. During our preliminary talks, we will take as much time as you need. Because only when we truly know you and your business, we can develop an authenitc narraton about you. Taking into account your suggestions and feedback (in combinaton with our expertise), we will realize an audiovisual business card which definitely causes attention and visibility.

Use this option to enlarge your film’s scope! 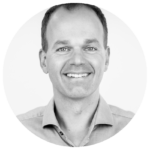 Productions all over Germany, Europe on request, Only B2B Services